Most of the NSW pelagic trips in the autumn/winter this year had proved to be disappointing in terms of species diversity and numbers of birds possibly because water temperatures have been running consistently at 2 or 3 degrees higher than the norm. Consequently, I was not expecting a particularly engrossing day even though the sea surface temperature had dropped below 20degC for the first time in many months. In the event, we had an excellent winter’s day of seabird and cetacean watching even though there were no rarities recorded and several of the ‘normal’ winter birds (prions, giant petrels, Cape Petrel, Wilson’s Storm Petrel) were not present. There were good numbers of albatross, unusually high numbers of Fluttering and Hutton’s Shearwaters, Sydney’s first Wandering-type albatross of 2017 (Antipodean – gibsoni) and several sightings of Humpbacks, Oceanic Bottlenose Dolphins and Short-beaked Common Dolphins all of which made for an entertaining day on the water.

We departed from Rose Bay at 7.10am with 21 passengers on the MV Avalon IV and immediately had a good following of Silver Gulls and a couple of Greater Crested Terns in the harbour feeding on the berley trail well before we reached the heads. Winds were initially less than 10 knots from the north west and conditions were excellent for the first three hours of the trip but, as forecast accurately by BoM, the winds picked up to 25knots from the south west before 11.00am and it became quite uncomfortable and wet in choppy 3 metre seas for a while before things quietened down again a couple of hours later – the last three hours back to Sydney were very comfortable. Shortly after leaving the heads, we came across two little penguins which were seen by most on board and, as we got under way again, we were joined by a small number of Wedge-tailed Shearwaters (our first for the spring) and several Black-browed Albatross and an immature Campbell Albatross all joining the feeding flock behind the boat. For the first time ever on a Sydney pelagic, we had two Australian Pelicans follow the boat feeding on the berley trail and one of them stayed with the boat until we were 11 NM from the heads before it headed back to the harbour. A pod of 30 Short-beaked Common Dolphins joined us for a few minutes just outside the heads and two distant humpbacks were seen blowing but they were deemed to be too far away to investigate. Large parties of small shearwaters were passing the boat flying southwards and in the good light, and from studying photographs taken, they were all identified as Fluttering Shearwaters. A short while later, there were one or two lone Hutton’s Shearwaters identified separate from the large groups of Flutterers. The first of several Brown Skuas joined the boat and it could be seen to be banded – it caused quite a lot of consternation amongst all the Silver Gulls at first before things settled down.

Although there were always good numbers of birds feeding behind the boat, things quietened down somewhat on the second half of the trip to the shelf break with the only new species recorded being a Shy Albatross (ssp steadi – White-capped Albatross) – Steve A-S spotted a very distant prion but nobody else got on to it and it was not seen again. Activity began to pick up as we approached the shelf break with several flying fish seen and a pod of 30 Oceanic Bottlenose Dolphin swimming on the bow and alongside the boat. The first Providence Petrels began to appear some 4 NM before reaching our berleying destination at Brown’s Mountain and the long-awaited Indian Yellow-nosed Albatross began to appear as well. We cut the motors and set up the berley slick at Brown’s Mountain and immediately had good numbers of Black-browed, Indian Yellow-nosed and a couple of Shy Albatross feeding close to the boat along with wheeling Providence Petrels which flew around us but showed no interest in the berley. A White-faced Storm Petrel was briefly seen by some but some minutes later, another bird appeared this time giving everyone reasonably close views. An immature Campbell Albatross came to the slick and then, the highlight of the day for many on board, was the appearance of an Antipodean Albatross (ssp gibsoni) which flew around the boat at close quarters before disappearing after ten minutes or so.

With the sea becoming quite uncomfortable in the increasingly strong wind, we abandoned our normal plan of exploring deeper water to the east and, instead, took off on a southerly path for an hour before then swinging round to head west back to Sydney. The only bird of note during this period was an adult Campbell Albatross seen by some but not by many who were taking shelter from the flying spray. As we approached within about 4 Nm of the shoreline south of the heads, we came across large flocks of Hutton’s Shearwaters flying north and, try as we might, we could not locate a single Fluttering Shearwater amongst them – very weird! Having earlier seen a humpback breach clear of the water (only seen by those fortunate to be facing in that direction when it happened) we then came across a pod of four humpbacks swimming south about two or three miles from the heads. Another Little Penguin was seen by some at the entrance to the harbour - all in all, it was a good winter’s pelagic and everyone on board seemed to be happy with the day.

The next scheduled Sydney pelagic trip is on Saturday September 9, 2017 and all details of our trips and contact details are available here. You can also find us on Facebook and post photos at https://www.facebook.com/sydneypelagics

Many thanks to Corey Callaghan for the photographs of Antipodean Albatross, Brown Skua and Indian Yellow-nosed Albatross, Steve Hey for the White-faced Storm Petrel, Hutton’s Shearwaters and Providence Petrels and Greg McLachlan for the Australian Pelican, Humpback Whale and Short-beaked Common Dolphin. 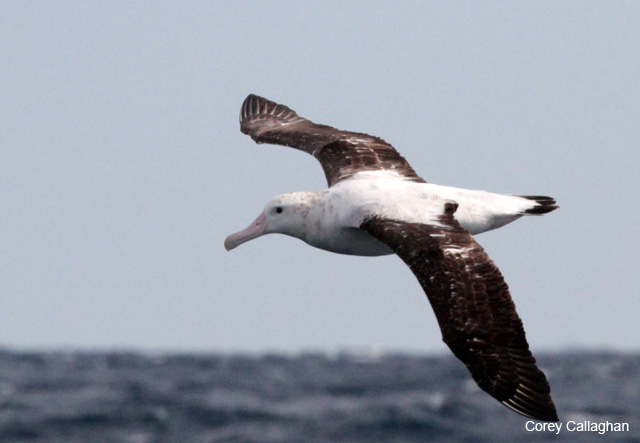 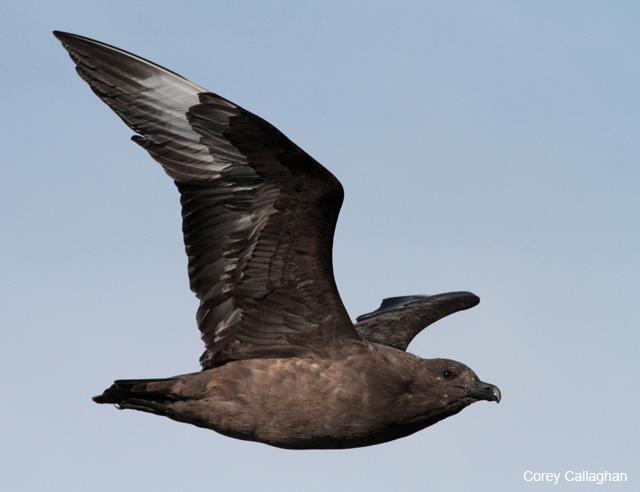 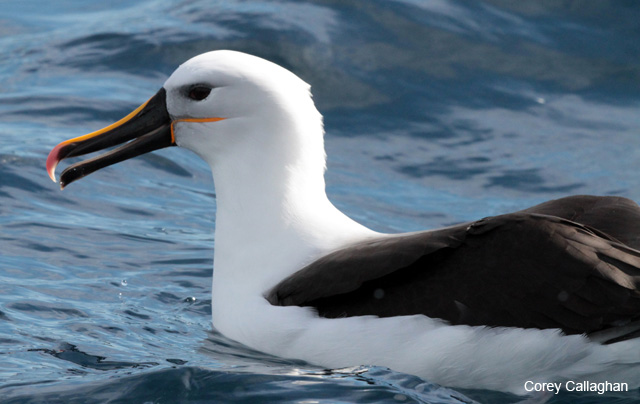 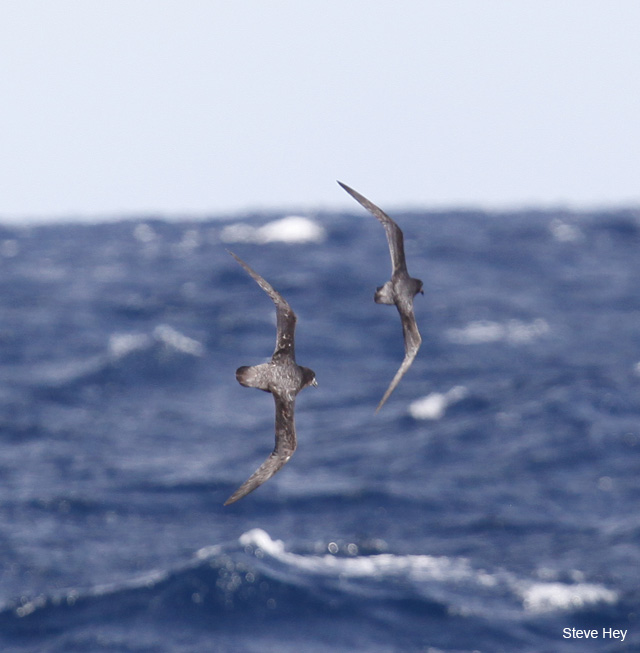 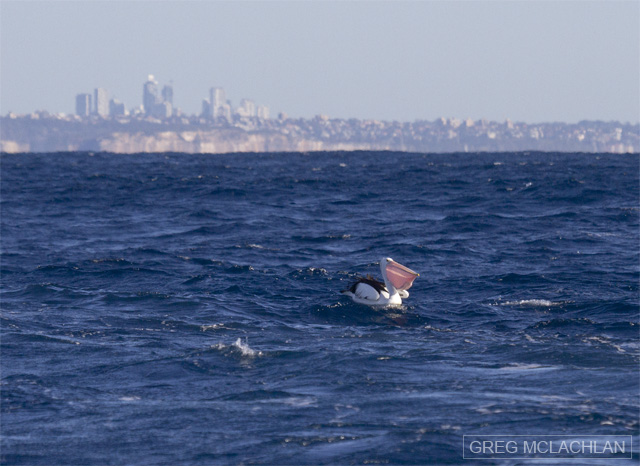 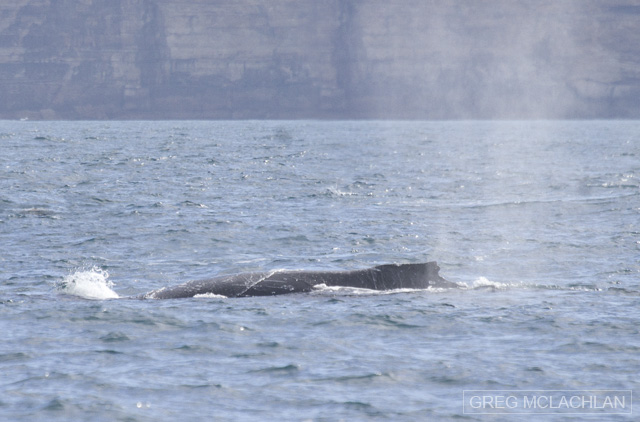 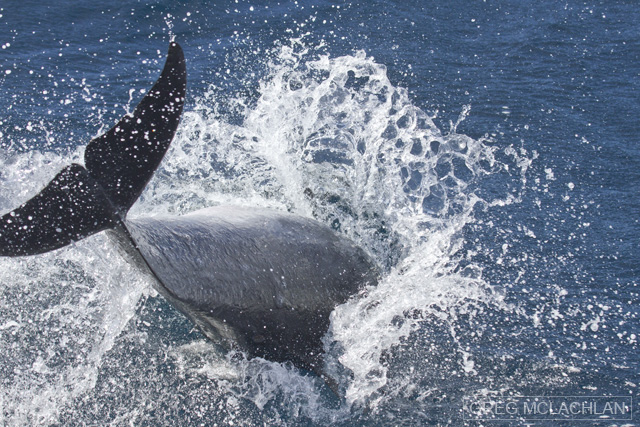